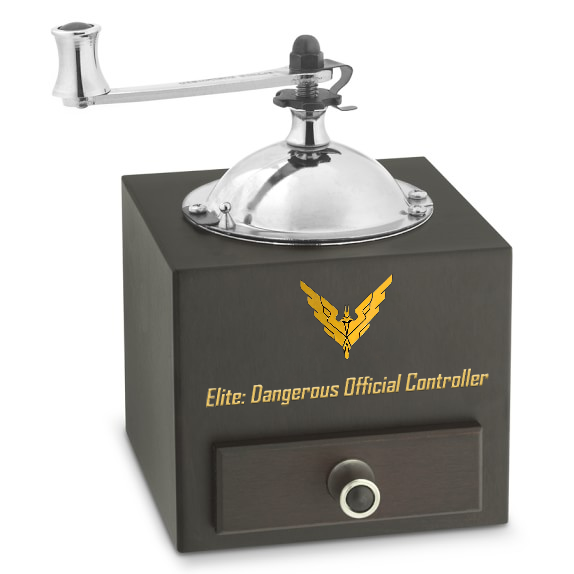 Elite Dangerous: has nearly infinite potential – it’s the only MMO space sim in any kind of playable state right now. It’s also the only thing that does what it does as well as it does.

That makes its utter failure at anything resembling compelling game design all the more galling. But more on that in a moment.

What they did right

Let’s talk about the graphics for a moment. Holy shit. I believe that this is the single most graphically impressive game that a person can buy right now. Crysis, eat your heart out. All of the following are real-time screenshots.

Sitting on a planet and watching the white dwarf sunrise is a unique experience and hard to replicate anywhere else. Get yourself a 1070 or thereabouts and crank the settings up (extra points for a modern VR headset), and prepare to be gobsmacked.

Unfortunately, here the good ends. The game design is.. problematic.

Certain missions think asking you to hit the “jump” button literally over 1,000 times over the space of hours and days is acceptable. This is not an exaggeration nor an embellishment – about 25 light years per jump is average unless you play the RNG grind game (more on that later), and missions expect you to go anywhere from 20 to 20,000 LY away.

Jumping itself is a very monotonous process. You press a button, your drive charges, you line up with the target star, there’s a 5 second countdown, you spend about 10 seconds in hyperspace, you arrive, turn away from the sun you’re now facing, and then wait another 5 seconds for your drive to “cool down” before you can jump again.

This process takes about 45 seconds per jump, and it is repeated over, and over, and over again. You will spend more time jumping, that is, hands off the controls, unable to do another thing, than you spend doing anything else in this game.

You also need to stop and collect fuel from stars every so often, because if you run out of fuel, your only options are to seek out-of-game assistance, or self-destruct and respawn.

This is the single greatest flaw in this game. If it didn’t take so long to travel everywhere, the other bits of grind wouldn’t be near as objectionable. Combine every other bit of non-optimal design with the substantial time gate of constant, mind-numbing jumps, and it leads to an experience that gets very old, very fast. Forum users suggest Netflix or Youtube when traveling substantial distances – the fact that it’s suggested you come up with a way to distract yourself from the game (you know, that thing you bought for fun?) kind of says it all.

“Engineers” is the expansion that brought in the grind I spoke of above. If you want to, perhaps, increase your jump range to reduce the time spent twiddling your thumbs and staring at hyperspace (which is really just a paper-thin mask over an instance transition), you need to do something like this:

Do the galaxy’s most obtuse collectathon

While you’re told what materials to get, you are NOT told where to get them. You must either putter around finding the materials blindly, or look up stuff outside of the game that tells you where the stuff you need spawns at. The game tells you nothing.

Then, even when you’re in the right area, the spawns themselves are completely random.

You bring your gear to the NPC and select the gear to upgrade, and what upgrade you want. I pick increased range. I have to choose a very low level boost, since the boosts you have access to are a function of how many upgrades you got from a single NPC. You have to upgrade a bunch of stuff you might not even want to gain enough “reputation” to gain access to the higher level boosts.

As for the upgrade itself? It’s random. They fixed an annoyance in that upgrades are always positive now, but the actual amount of upgrade you get, and how much that gets you to the next level, are completely random. It is impossible to know with certainty how much stuff you have to collect to get the upgrade you want.

…is awful and filled with white knights who insist that any problem whatsoever you have with the game is your, and only your fault.

There are a number of exploits that remain in the game, that have been in the game since the first day, that the community does not want fixed.

Example: Killing the game’s process when in combat to avoid destruction. The fan base says this is not a problem. Better yet, the developers lied about punishing people who do it. So if you get ganked and turn the tables on the ganker? Expect them to pull their internet connection, rendering all your skill meaningless. They don’t die, you don’t collect a bounty, you don’t get rank increases.

Moderators of the primary communities (official forums and subreddit) have staff that either are members of, or advocate for, known griefer groups. (The groups that hover around newbie systems player killing people). If you think this is crap, be prepared for abuse – your only recourse is to drop off into “solo” mode, or join one of the private groups.

Developing at the speed of smell

Example: As of this review’s original date, there was an issue where mission boards had zero missions available, greatly reducing the ability for anyone to make money. This issue was raised during the (paid access, naturally) beta… and ignored. Horizons, a paid expansion, shipped with known-broken basic functionality.

On the other hand, during the same time, lots of goodies were added to the cash shop. So you could at least color your laser beams while hunting newbies down.

Between the lying devs, the toxic community, the lack of compelling gameplay, the over-reliance on randomness, the ignored bugs, the glacial pace in fixing them, it’s all very sad, and the single largest instance of squandered potential I can think of in gaming.. Elite doesn’t have much going for it aside from its sound and visual design. That makes it pretty damned immersive in short stretches in VR, but utterly insubstantial in all the ways that matter. Such as being a game.

It may appeal to you if you’re a serious simmer, and indeed, I’ve heard it compared to Euro Truck Simulator in space on more than one occasion, but I was sold, and purchased, a game, not a simulator.

Overall, I can’t recommend you spend your time on this game.